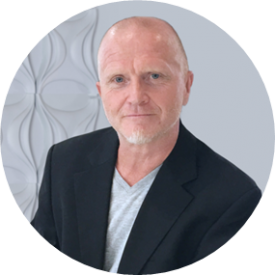 Neil began work as a cartoonist in London. Then worked for the international management consultancy McKinsey and Company in the area of graphics and visual communications: firstly in London; then in Scandinavia; and finally in Sydney where, as visual communications specialist he visually edited client documents and presentations and ran training workshops for staff and senior clients.

During his 16 years with McKinsey Neil played a large part in shaping McKinsey’s worldwide visual communication goals. He was a core member of various committees and teams which, amongst other things, re-engineered McKinsey’s written and visual communications, updated styles and standards to better take advantage of technology and co-developed template and library software for the production of charts and diagrams, including ‘The EDGE’ (Exhibit Drawing and Graphing Environment).

After leaving McKinsey Neil set up a number of graphic and design companies, including (since 2006) og communication design - to work with clients to add value to their visual communications, train their staff in effective message-driven presentations and define their style with a consistent visual language.

Neil is also a professional actor, award winning short-film maker, published author and has been a comedy scriptwriter for SBS television. He lives in Mullumbimby in Northern NSW, Australia with his Norwegian wife and two young daughters.
I understand the values and expectations of large multi-national companies.
I understand the nature of presenting the latest information for client deadlines and expect challenging turnarounds.
I am Australian-based so can provide overnight production service for European and American-based clients.
I respect the highest level of confidentiality and ownership of client files, concepts, ideas and intellectual property. All files are deleted after delivery and clients are never discussed.
Because I respect client confidentiality I do not share real examples of my work.
All rights reserved. PowerPoint is a registered trademark of MicroSoft Corporation.